Henry Cabot Lodge,Theodore Roosevelt Oct 16, 2021 Henry Cabot Lodge,Theodore Roosevelt
This book is an illustrated version of the original Hero Tales from American History by Henry Cabot Lodge and Theodore Roosevelt. “To understand Washington at all we must first strip off all the myths which have gathered about him. We must cast aside into the dust-heaps all the wretched inventions of the cherry-tree variety, which were fastened upon him nearly seventy years after his birth. We must look at him as he looked at life and the facts about him, without any illusion or deception, and no man in history can better stand such a scrutiny. Born of a distinguished family in the days when the American colonies were still ruled by an aristocracy, Washington started with all that good birth and tradition could give. Beyond this, however, he had little. His family was poor, his mother was left early a widow, and he was forced after a very limited education to go out into the world to fight for himself He had strong within him the adventurous spirit of his race. He became a surveyor, and in the pursuit of this profession plunged into the wilderness, where he soon grew to be an expert hunter and backwoodsman.” 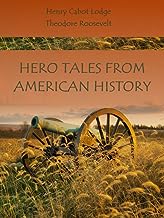